I first met Nikki Jefford years ago, in a creative writing class at the University of Alaska Anchorage taught by Rich Chiappone, and I knew right away that she was the “real” thing. There was something about her voice and her characters, especially her dialogue, that stayed with me long after class was over. So it came as no surprise when she released Entangled last year (first book in the Spellbound Trilogy) to a large a welcoming audience.

Jefford is a third generation Alaskan with a degree in journalism from the University of Alaska Anchorage. She writes edgy upper teen fiction, including the Spellbound Trilogy and Aurora Sky: Vampire Hunter.

Jefford married Sébastien, the love of her life, while working as a teaching assistant at a high school in France during the 1999/2000 school year. They now reside in the not-so-tropical San Juan Islands, 70 miles northeast of Forks, Washington in a town without a single traffic light.

Leave a comment below for a chance to win a copy of one of Jefford’s books. Giveaway runs through March 10. 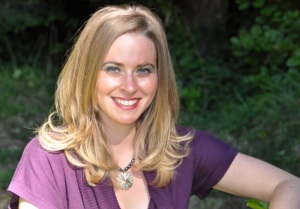 Q: How did you come up with the concept for the Spellbound Trilogy? Did you initially perceive it as a series or did that emerge during the writing process?

Spellbound was one of those stories that came about by way of brainstorming. I knew I wanted to write about witches, twins, and death. I’m obsessed with death – and cheating it! What started out as a novella quickly turned into a full novel then trilogy. 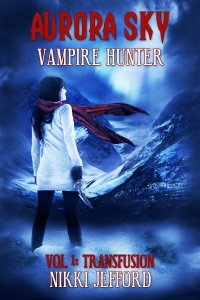 Q: Aurora Sky is set in Alaska. How has living in Alaska both shaped you as a writer and influenced your books?

I can’t say how it influenced me, but reading and writing was a great way to pass the winters. As far as Alaska for a setting, people were after me for years to write something set in my home state. The reason I wrote and read so much was to FORGET I was in Alaska! I always had it in the back of my mind to write at least a short story set there. When I began drafting the Aurora Sky: Vampire Hunter series it made perfect sense. As my character Dante explains in the book, “We’ve got our hands full in the Great North. The vamps are moving in on us. Cold. Dark. It’s like Florida for seniors.”

Q: Your dialogue rocks. How do you write such strong YA dialogue while staying true to your characters’ motives? Do you spend time around teens and younger adults to pick up their verbal nuances?

Oh my God, thanks! (Said in my teen voice.) Teenagers are one of my favorite age groups. I read a lot of teen fiction and spend time on blogs and social media with teens. That kind of dialogue comes most naturally to me. I’m a bit immature myself.

Q: Can you talk about the self-publishing process, how you came to that decision and what it’s meant to you as an author and writer?

I had no plans to self-publish. Then I began reading articles about indie authors selling ebooks in the thousands. That got my attention. I hired a cover designer and copy editor and self-published Entangled on February 19th last year as an experiment. The positive response I received from readers was all the encouragement I needed to go forward with the second book in the series. After over a decade of rejection letters and frustration, it is rewarding beyond words to put my writing out there and let readers, not New York publishers, decide whether or not my books are worth reading. 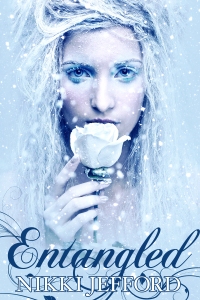 Q: Your books feature strong, irresistible fictional bad boys. How do you get in the head of male characters and how do you write them so authentically?

That is my inner Y chromosome coming out. I’ve always felt more comfortable around guys than girls. I love their crude humor, egos, and mellowness (compared to women). It’s actually easier for me to write from the male POV than female.

Q: Why did you choose young adult fiction, or did it choose you? Do you plan on continuing in this genre or branching out?

Young adult AND paranormal chose me. I was hell bent on writing historical romance. I even swore I’d NEVER write a vampire novel or young adult. I ended up doing both two years after I made that statement. It all started with Buffy the Vampire Slayer, which I saw for the first time two years ago. I felt empowered by the strong female characters and intrigued by all the crazy scenarios the writers came up with for the show.

I don’t plan to branch out much. For the first time, I feel like I’ve found my voice. I am moving towards a new and upcoming genre called New Adult. It’s a lot like YA, but for upper teens and 20-somethings. There’s more room to play in NA. For example, you can include sex and steamy kiss scenes without worrying about more sensitive readers sending outraged emails. 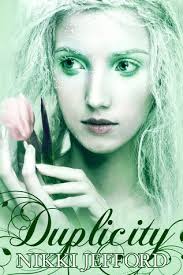 Q: You’ve picked up a large following in a short amount of time. How did this happen, and is there anything you wish you could go back and do differently?

Through countless hours of networking and self-promotion! As soon as Entangled appeared on Amazon I hit the ground running contacting YA book bloggers, requesting reviews, writing guest posts, offering giveaways, participating in online events, mailing signed bookmarks, connecting with other indie authors, tweeting, blogging – it was full on!

With anything I do there’s always a long list of things I’d do differently. For one thing, it’s better to create buzz BEFORE you release a book, not publish it then spend hours hitting rocks together trying to start a flame.

I only hired one copy editor the first time and noticeable mistakes slipped through. I now hire two copy editors per book.

I would have gotten book three out last summer/fall like I promised readers and not allow my personal life to get in the way of my goals. This year I’m outlining a yearly release schedule and being careful about setting realistic deadlines for myself.

All that said, every time I release a book I learn something from it. Maybe by book seven I’ll have it all figured out. Ha!

Q: You’ve written erotica under the pen name of Louise Harvey. What prompted this and how did writing erotica transition to writing young adult fiction?

I wrote erotica very briefly out of frustration with my historical romance novels going nowhere. I wrote them for purely financial reasons (not that I ever saw more than $10). The idea was to use erotica to fund the writing projects I really cared about.

To learn more about Nikki Jefford and her books visit her Blog | Goodreads | Facebook | Twitter. Entangled (book one in the Spellbound Trilogy) is now free in ebook at: Amazon | Barnes & Noble | Smashwords | iBookstore

7 thoughts on “Hello, Nikki Jefford, and a giveaway”