It’s here. The big day. My memoir, the one I spent 15 years struggling over, launches today from Raised Voice Press. 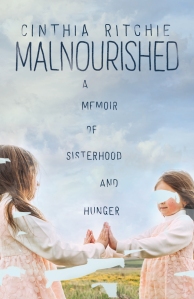 I’m feeling very exposed, very vulnerable. This is not at all similar to when Dolls Behaving Badly launched from Hachette Book Group. That was a novel, and while some of it was based on my life, most of it was fiction. The characters were figments of my imagination. They weren’t real.

Malnourished, on the other hand, is real. It’s the story of my life, and my sister’s life, or at least the parts of our lives I chose to share. The most difficult part is knowing that I will be judged for writing a book about the truth of being a woman in a certain family in a certain part of the country in a certain age and time where certain things happened, and no one talked about them.

Publishing Malnourished has been emotionally shattering in some respects and extremely empowering in others.

So, today, on my launch day, instead of hosting a launch party or giving readings or talks (I will do all of this, of course, but just at a later date), I’m celebrating that I’m alive, and my life is strong and good, and that however hard and tough and brutal my past might have been, it’s shaped me into the person I am now.

My hope for Malnourished isn’t for big book sales or bestseller lists or tons of Amazon reviews. What I hope for is smaller and simpler and closer to the bone: I hope my book finds its way to the readers who need it most, the readers who need to hear the story of a woman who lost her sister and lost her way and fucked up over and over again until, little by little, she pulls herself up and finds a life of small and ordinary beauty.

Happy publication day to me, and also to my sister Cathie, who died of complications of an eating disorder over 15 years ago, and whose memory gave me the strength and courage to write this book. 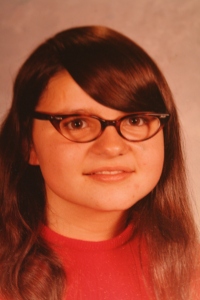 My sister Cathie, in one of her school pictures, I think this was from 8th or 9th grade.