A few months ago, I submitted an essay to the Tucson Festival of Books Literary Awards Contest from the YMCA here in Tucson. I did this while sitting on the floor of the exercise room, my laptop beside me, a guy on the elliptical machine spraying sweat over my shoulders (I could say that his sweat blessed me like rain, but that would be a dumb thing to say plus really bad writing).

I had recently arrived to Tucson from Alaska a few weeks before and didn’t have internet hooked up in our townhouse yet, and I didn’t want to drive to Whole Foods or Bookmans for free internet.

When I finished obsessing, when I had that essay polished to my best ability (or, more truthfully, when I became sick of my own damned obsessive, perfectionist tendencies and deadline was less than thirty minutes away), I stuffed my laptop into my backpack and rode the two miles to the Y, where I sat on the floor, submitted my essay and then spent the next ninety minutes working out while watching “Chopped” on the big-screen TVs hanging from the wall.

I harbored no hope of winning, and I mean no hope. Winning wasn’t even on my mind. What I hoped for was this: That my essay be chosen as one of the top ten entries, which would grant me an invitation to the Master Class Workshop, led this year by Stephanie Land, whom I admire SO much.

That was my goal and truthfully, I didn’t think I’d make it. The year before my “Leaving Seward” essay, which was recently nominated for a Pushcart Prize, received Finalist status in the TFOB Literary Awards Contest but didn’t make it to the top ten and so I wasn’t invited to the Master Class Workshop, which was a huge bummer.

When I checked my email on my phone a few weeks ago and saw one from the Tucson Festival of Books that began, “Dear Cinthia, thank you for ….” I didn’t open it. I was sure it was a rejection because hey, isn’t that how all rejections begin: Dear Cinthia, thank you for submitting to our prestigious journal but unfortunately your worked sucked and we threw it away after the first paragraph.

Imagine my surprise when I finally opened that email and discovered that my essay had not only placed in the top ten but won the nonfiction contest.

Here’s the beginning of the official announcement:

We Have Winners! Literary Awards 2019

Writers from Massachusetts, New Mexico and Alaska have won top prizes in the 2019 Literary Awards Writing Competition sponsored by the Tucson Festival of Books.

Lesley Bannatyne of of Summerville, MA; Janet Ruth of Corrales, NM, and Cinthia Ritchie of Anchorage won top awards in Fiction, Poetry and Nonfiction, respectively. They will appear as Presenting Authors at the book festival, which will be March 2-3 at the University of Arizona.

You can read the rest of the announcement here:

The very next day, as if to make sure that my head didn’t swell too much, I received a rejection letter from The Seattle Review for a longform essay I’ve been struggling with, sigh, sigh.

As for the rest of my life, it’s pretty damned good. Tucson is a sweet place to spend the winters, though I do miss Alaska at times, I miss the lavender light and the soft hush of the snow in the evenings, when we walked the dog. But we’ll be back in three months, in the glory of the summer, with the endless light and moose chomping the hell out of our garden and bears and lynx roaming the mountain trails where we run.

But for now, I’m enjoying mountains of another sort, and another mood. Here are some pics of Gates Pass at sunset, with the big fat full moon rising. 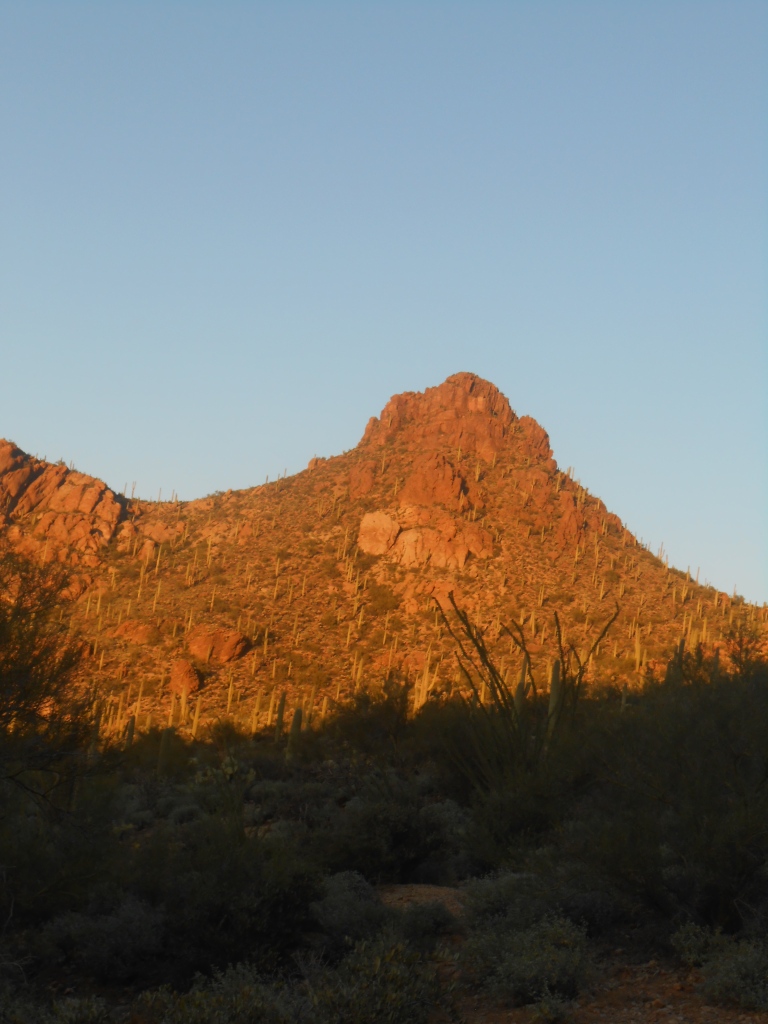 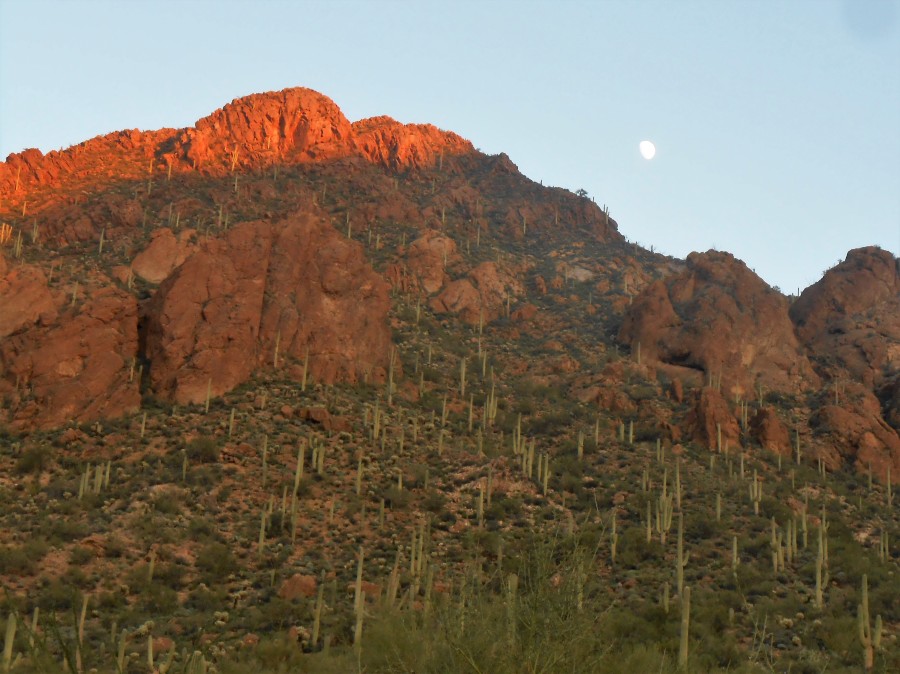