Wow. As a long-term Alaska resident, I wasn’t expecting to be impressed by Alpine Air Alaska Inc.’s Glacier Dog Sledding outing. I had been on glaciers, I had covered the Iditarod and other dog sledding races. I thought I had seen it all, yawn, yawn.

I hadn’t. The Glacier Dog Sledding experience blew me away.

My sister, up from Philly, and I ventured out to Girdword on a warm sunny day last week. On the drive out, we stopped to watch beluga whales and seals in Turnagain Arm.

What is it about whales that is so dreamy and yet so enticing? Maybe we all want to swim through deep waters. Whatever the case, it was difficult to pull ourselves away from the water. But eventually we did, and we arrived in Girdwood, a funky hippie town about 40 miles outside of Anchorage, in mid-afternoon.

Alpine Air is located in a blue hangar off a little dirt road. We were advised to drive slow, and watch for children playing. We didn’t see any children but we did see a lot of incredible mountain views.

Inside, we signed a waiver (in guess in case we died?) and were taken into a backroom, where we donned baggy overpants, overboots and waterproof jackets.

The helicopter was cute and compact, a small red copter that seated four, including the pilot.

The ride to Punchbowl Glacier was a blast. We expertly glided over mountains, veered in close to see a black bear sow and cub, and then skimmed through a small space between two mountain peaks. It was totally wild, and the views were to die-for (maybe that’s why we had to sign a waiver?). 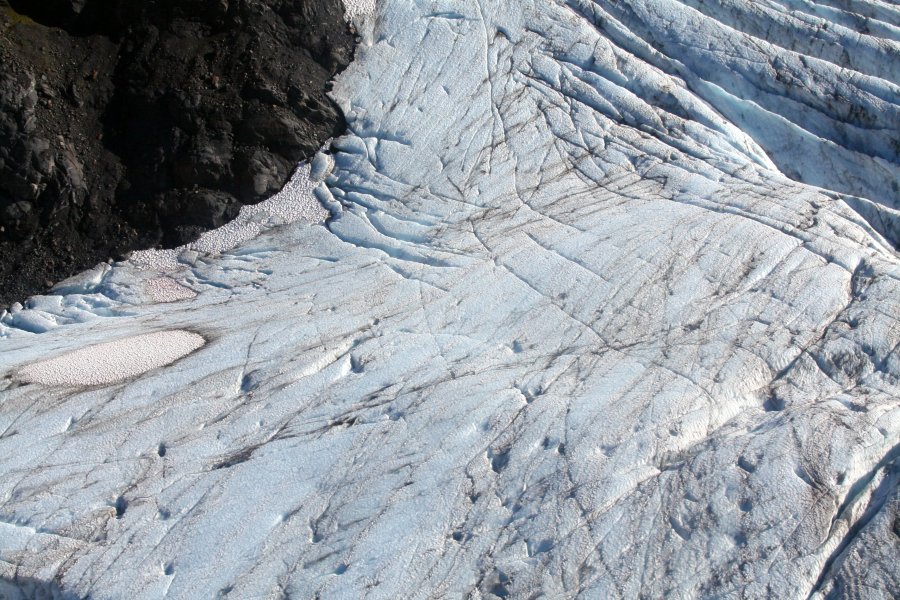 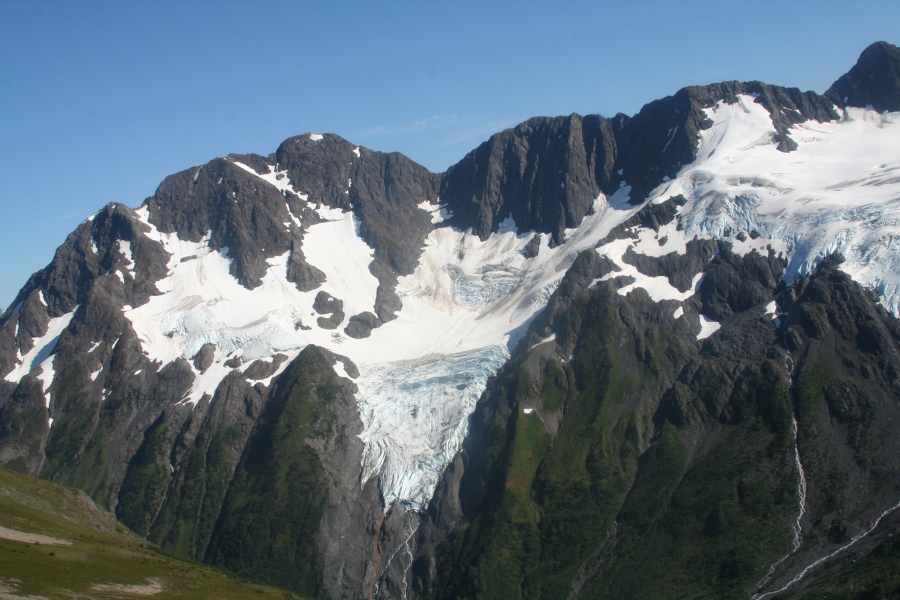 Once we arrived on the glacier, however, the fun really began.

We saw the dog yard, where the sled dogs are housed during their summer stint on the glacier. These aren’t just any old dogs, either, they’re part of the Seavey’s team (i.e., both Dallas and his dad, Mitch, have won the Iditarod, and in record-breaking times, too), and some of the dogs on our team had actually run the Iditarod the previous year.

Then we met up with this gal.

Marianna Mallory is a young up-and-coming musher who has raced the Junior Iditarod and has her eye on running (and winning?) the Iditarod one day, and she was the perfect mushing guide: bright, funny and energetic.

And this is when the fun really, really began.

Our lead dogs, aren’t they awesome? P.S. Check out my sister back there on the sled. What a wild woman, eh?

9 thoughts on “Dog sledding on an Alaska glacier: Part I”