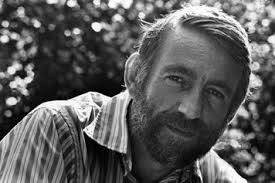 Rod McKuen passed away last Thursday. According to a New York Times article, McKuen, 81, had been ill with pneumonia.

McKuen’s numerous poetry books (29) sold millions, and he also penned popular songs. (Remember Seasons in the Sun? “We had joy/we had fun/we had seasons in the sun/….”)

While McKuen was wildly popular among the masses, he unfortunately didn’t fare as well with literary critics.

In fact, most critics regarded him as a joke. According to a story in the Telegraph: He had a very public row with writer and literary critic Nora Ephron, who interviewed him and then wrote: “For the most part, McKuen’s poems are superficial and platitudinous and frequently silly.”

Well, okay, sometimes his poems are silly. But they are sentimental silly. They speak to the heart. They’re unadorned with literary pretensions. They’re written in a language easily understood by anyone possessed with a basic knowledge of reading and writing.

And yes, yes–I know. McKuen’s work is not considered “good” poetry, nor does it resemble what one might find in any well-respected or even mid-shelf literary magazine. Heck, I doubt  most would make it past the slush pile at a low-level literary magazine.

Yet his poems are real. They’re poems. They have meaning. They speak, and people listen. So doesn’t that point toward success?

Growing up, I read everything of McKuen’s I could get my hands on. I slept with his books. I stared at his face on the back covers sure, in that way adolescent girls are sure of the impossible, that he was the only man in the world who would ever understand me.

Later, as I learned more about life, I discovered other poets. Anne Sexton. Sylvia Plath. (Both during my dark and depressed phase.) Gary Snyder. Louise Gluck. And, of course, Adrienne Rich, whose poem Like This Together, has one of the most perfect first stanzas I’ve ever read:

We sit parked by the river,

silence between our teeth.

of broken ice. Another time

knowing you love them.

A year, ten years from now

in a glass case—

not why, only that we

The first time I read Like This Together, in a college literature class, I was struck dumb. I couldn’t speak, could barely breathe. The beauty of the words, the lilting rhythm, the way the cadence sang across my tongue as I mouthed the words to myself, was almost too much to bear.

From then on, I “met” hundreds of other poets through my reading: Peggy Shumaker. Sam Hamill. Kristy Bowen. Lyn Lifshin. And my current crush, Richard Siken (sorry about the cheap pun, Richard, and for those who don’t get it, Siken’s first book was titled Crush).

And while I left McKuen years ago, he was my “first” poet. Because of that, I hold a special place in my heart, not for him so much as for his words, which were there when I needed them. And that’s no small thing.

–One of my favorite poems, Self-Portrait in a Chewing Gum Wrapper by Clay Matthews. 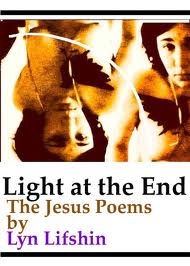 –And last but not least (since this post seems to be all about poetry), I’m rereading Lyn Lifshin’s The Light at the End: The Jesus Poems and the poems are wicked good, and fun, too. Check out some of the titles: My Mother Always Wondered Why Jesus Wouldn’t Get a Job; Jesus and the Food Stamps; Some Say Jesus Had a Foot Fetish; Jesus Does the Motel 6 Advertisement; and, Jesus Meets the Mayflower Madam. (Like I said, fun, eh?)