Here in Anchorage we live at the end of a dead-end street that borders park land, and our yard is filled with birch and spruce trees. We don’t mow or maintain it, we allow it to  spread in wild splendor. 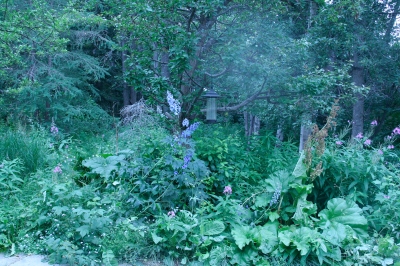 I love the way plants grow with abandon and spread without apology. Probably there is a lesson in that. Maybe one day I will understand it.

Enough about lawns. About a month ago I came across a desperate plea from a writer on Facebook. It seems someone had left a negative review on her Amazon page and she urged others to contact Amazon to shut it down.

I don’t know if she was successful. I didn’t follow up. The whole episode left a bad taste in my mouth.

It’s easy for authors to view reviews as a book promotion tool. However, they were originally meant to aid readers on book selections, to help them navigate the ever-increasing land of eBooks and select titles that fit their moods, lifestyles and comfort level.

Yet as writers become more and more responsible (or should I say burdened?) for their own book marketing, it’s easy to assume Amazon reviews as part of book promotion strategy. Perhaps that’s why we often feel so attacked, so tender when we encounter a negative one.

I understand this. I’ve had negative reviews myself and I won’t kid you: Each one stings.

Yet what kind of world would it be if every book received only five-star reviews, if every reader loved every book he/she read? If all of our tastes were identical? If we never read something we found lacking or flawed or not quite there?

But there’s another, stronger reason to embrace negative reviews: They prompt us to become better, stronger, more determined writers.

The first time I came upon a negative Goodreads review for my novel, Dolls Behaving Badly, my stomach actually lurched. I felt attacked. I wanted to message the reviewer and say: What the hell were you thinking? My book is the best thing out there.

But, of course my book isn’t the best thing out there and people have the right to dislike it, for whatever reasons they see fit. I dislike many books friends proclaim as masterpieces and these individual and unique perspectives are what lends the writing world its rich and compelling diversity.

It’s taken a bit of work but I’ve learned to use that negative review to my advantage. I recite it when I’m too tired or too stressed to write, when I want to quit, when I’m feeling lost and lonely and small, and something rises up inside and I think, almost triumphantly, fist punched in the air: I’ll show her!

When I finish my second novel (which is almost, almost done), I’ll send this woman a message thanking her for the negative review, and for the inspiration. I doubt she’ll understand, but so what, eh? Being thankful is a path toward grace (at least according to the New Age articles I read late at night when I can’t sleep), and we writers need all the grace we can get.

The next time you receive a negative review, take a moment to fume and fuss and then use it to fuel your resolve. Use it to your advantage. Sometimes the best push comes from the least expected of places. 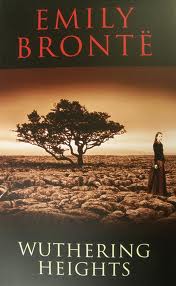 Just for fun, here is a link to 15 bad (scathing!) reviews of such classics as Lolita (“… it is dull, dull, dull in a pretentious, florid and archly fatuous fashion.”), Huckleberry Finn (“trashy and vicious”), Wuthering Heights (“How a human being could have attempted such a book as the present without committing suicide before he had finished a dozen chapters, is a mystery.”), Moby Dick (“His sentiment is forced, his wit is forced, and his enthusiasm is forced.”) and my favorite, Ulysses (“… appears to have been written by a perverted lunatic who has made a speciality of the literature of the latrine.”). Read more on Flavorwire.

9 thoughts on “My wild Alaska lawn, and what’s so great about a bad review?”