We now have a dog, have I introduced you yet? Maybe I have, but here she is again. 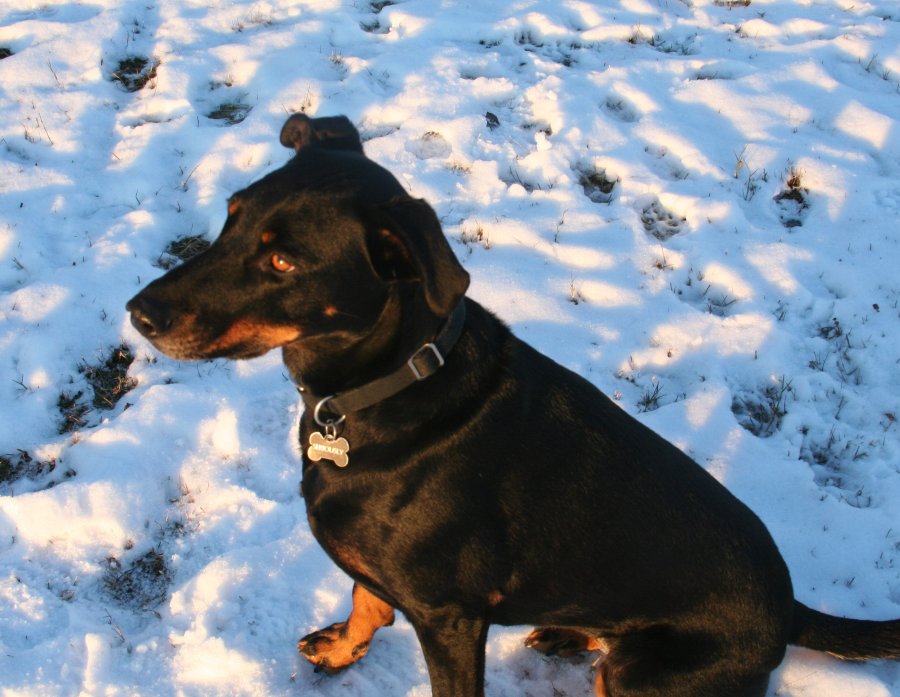 She isn’t our dog, we’re watching her for a friend of a friend. But she’s become our dog, in the way that a dog that you love always becomes your own. She fits inside our lives so well it’s as if she’s meant to belong to us. She doesn’t though, and it’s going to kill us when we have to give her back. (But why can’t we keep her? Why?)

I’ve been in a bit of a slump these past few days. I finished one writing project and haven’t really attached my heart to another. Oh, I’ve been writing. But it isn’t passionate, deep writing. It’s just that feeling-around-the-surface type of writing that comes when you’re still trying to find your voice in a new book or story or essay or poem. It’s a lonely feeling, as if I’m searching for a piece of myself.

So today, when I woke to sunshine, I knew I’d have to get out. We took the dog to the Campbell Trails to walk along the airstrip, a flat stretch of trail that faces the mountains one way (the good way), and is boring as hell the other way, especially when running, since it’s flat and feels as if no matter how fast you move, you’ll never make it to the end.

Today, however, we had the dog. And the sun was shining. And the air felt crisp and clean, the way it can only in the winter.

I don’t much like winter but I do like the crispness, and the newness of the snow, and the way everything looks softer and more protected.

Seriously found other dogs to romp with and I swear, there’s something about watching dogs charge through the snow, and the way their ears flap back as they run, and how their legs move with such fierce and unintended rhythm, that wipes away every negative and bitter feeling inside my veins. Dogs run with such unconscious joy. They don’t worry about how they look or how fast they’re going or what others might think if they can’t keep up. They simply run. They move their legs, open their mouths and charge forward.

It’s a good lesson, I think, especially when it comes to writing. I need to simply write, to move ahead and not worry about whether anyone will like it or publish it or even read it. I need to open my mind and charge forward.

On the way back the sun sank behind the mountains and it became colder, and I tucked my hands in my pockets and moved my very cold feet a bit faster, and the air soon became shadowed in that faint lavender of late afternoon, when everything is caught in that transition between day and dusk, when it’s neither light nor dark but somewhere in between. 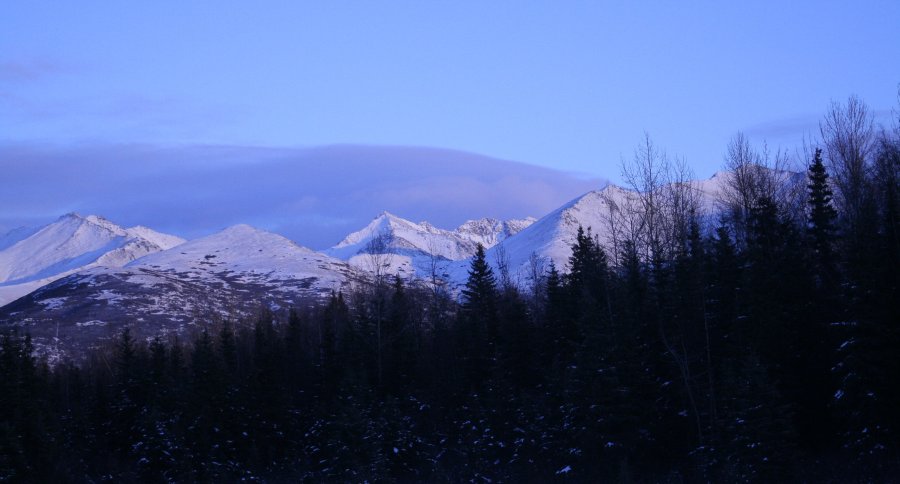 We saw a cow moose and her gangling teenage calf right when we hit the trail leading back to the trailhead. I have seen so many moose, hundreds if not more, and yet each I feel a spark of thrill. Because they are so big and awkward yet strong, and because living in the city I often forget how close we still are to the wild, and the unpredictable. It was another good lesson, and one I need to remember.

Hope everyone had a great weekend, and that it was filled with wildness and unpredictability.

News: Kevin Brennan, author of Occasional Soulmates, Yesterday Road, Parts Unknown and Our Children Are Not Our Children, steps in next week to talk about his Town Father, his latest book, utopia, and other good and unexpected things. (Yippeee!)

More news: I can’t get this one out of my mind: Rachel Nuwer wrote an incredible long-form magazine piece in Future about the dead bodies left behind on Mount Everest. The piece is haunting, and the photos make it even more evocative. Here’s the beginning:

No one knows exactly how many bodies remain on Mount Everest today, but there are certainly more than 200. Climbers and Sherpas lie tucked into crevasses, buried under avalanche snow and exposed on catchment basin slopes – their limbs sun-bleached and distorted. Most are concealed from view, but some are familiar fixtures on the route to Everest’s summit.

Perhaps most well-known of all are the remains of Tsewang Paljor, a young Indian climber who lost his life in the infamous 1996 blizzard. For nearly 20 years, Paljor’s body – popularly known as Green Boots, for the neon footwear he was wearing when he died – has rested near the summit of Everest’s north side. When snow cover is light, climbers have had to step over Paljor’s extended legs on their way to and from the peak.

Read more here at “Death in the Clouds: The problem with Everest’s 200+ Bodies.”