Okay, I’m probably the last person in the world to have finished Gone Girl and I’m equally fascinated, frustrated, obsessed and in awe.

I finished the book in less than three days. I stayed up until 5 a.m. reading two nights ago; I literarily couldn’t put it down (don’t you love when that happens?). 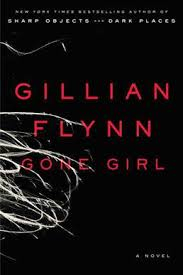 I love the writing style, love how easily the words flowed, love how Flynn throws punches every so often that knocked me out of my ease and made me feel a little anxious, not only as a reader but also as a person, for these uneasy passages cut to the bone, they are so true, so universally startling in their simplicity. It’s both unnerving yet refreshing to be momentarily stunned by simple truths while reading. It is, I suppose, one of the reasons many of us read.

I also love how Flynn sets up this easy intimacy with a reader and just when we’re settling in and feeling comfortable and enjoying the very unease of the story, she throws us for a huge loop in Part Two. I’ve always loved surprised, mostly because I’m afraid of surprises, and don’t we all wish to be hurled down the rollercoaster every so often?

But even in Amy’s (I’m assuming her that you’ve read the book and know who Amy is) most self-centered musings, there are kernels of truth, and this is what intrigues me the most, how even a woman who is clearly mad and sociopathic can see and be impacted by society’s rigid rules which we don’t even see as rules, they are so ingrained in our psyches.

Is that not brilliant writing? Is that not loaded with truths that make us all feel a little unsettled?

But it’s the passages about married life that really sock-it-to-the-gut because, even though Nick and Amy’s marriage is anything but healthy, the emotions and situations often mirror long-term relationships: The way you can both like and dislike someone, all in the same breath and, most importantly, the burden of living with someone and knowing that he (or she) sees you exactly as you are and not the way the outside world sees you or the way you want to be or pretend to be or wish to be seen. (Isn’t that why people have affairs, not for the sex so much as to see themselves perfectly reflected in someone’s else’s eyes?)

I’m getting off the subject here, or maybe I’m not. Gone Girl is intricately plotted, and there are only a few places that lag (such as when Amy hides out in a cheap hotel with a couple of low-life drifters-this section feels contrived, a means of pulling the plot from one point to the next).

Likewise the whole section with Desi also feels forced. Yes, Amy might have done this (really??) but it feels rushed, and there’s too many places where Amy could have made a mistake. Here is a woman self-centered to the point of brilliance and yet she never makes a mistake, and while this is both unrealistic and maddening, the very fact that she doesn’t make a mistake is actually her biggest mistake. 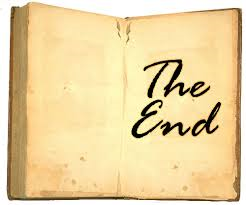 Which brings me to the ending (oh, the ending!). Readers on Goodreads and Amazon either love or hate the ending and I have to say, it’s not what I expected. Which I like. Which is another piece of brilliance. Which is both frustrating and satisfying. Is it the ending I would have chosen? Probably not. And maybe it’s not even the ending that Flynn chose, maybe it’s the ending her characters chose. Which, perhaps, is what makes the ending so maddeningly and unsettlingly perfect.

Next up on my reading list: Job Hazards, a chapbook of short stories by Teresa Milbrodt.

7 thoughts on “Gone girl (yes, I finally read it)”