I read this in the newspaper today and can’t get it out of my mind. It sounds like something from a Stephen King novel. In fact, it reminds me of that scene in “The Stand” when the Dark Man cooks up a rabbit out in the desert.

Only this happened in Denali National Park. And it wasn’t a rabbit someone cooked but a guinea pig. From Petco.

According to Anchorage Daily News, Denali employees were on a geology expedition when they came across a bizarre scene: the charred remains of a rodent, possibly a guinea pig, the chopped-off head of a snake, bloody rubber gloves and empty Petco boxes.

There were teeth marks on the rodent, indicating that someone had tried to eat it.

“That’s when things took a turn for us to be realizing that someone had gone on a pet shopping spree at a box store and came to the park and started to consume them,” said geologist Denny Capps.

Purchase forms traced the purchaser back to a man from Phoenix.

There was also a red-eared slider turtle in one of the discarded boxes that initially appeared dead; temps had dropped down to about 15 degrees the previous night. It was taken back to the office, warmed up and later adopted by a park employee’s family.

Can’t miss this: Something else I can’t get out of my mind is Virginia Woolf’s last letter to her husband, on Crows Nest blog. It’s lovely but oh, it will break your heart. “I feel certain that I am going mad again. I feel we can’t go through another of those terrible times. And I shan’t recover this time,” the letter begins.
Read the rest at Virginia Woolf’s last letter to her husband. 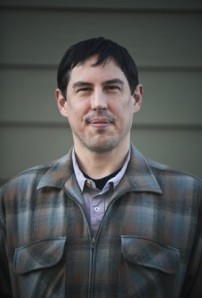 My newest writing crush: Eliot Treichel, author of award-winning short story collection Close to Fine. Treichel wrote an inspirational blog post on Writer’s Digest about how imagining success can lead to success, “The More You Will It, the Better Your Chances: An Inspirational Story for Writers.”

Next up on my review list: Deb Vanasse’s Distant Enemy and Kevin Brennan’s Yesterday Road.

One thought on “A bizarre bit of Alaska”