Today I was lucky enough to snag Olivia Martinez for an author interview. Martinez, the author of the Mistfall series, is a veteran and mother of a little girl named Grace. She’s a native of the Chicago suburbs and spends her time dreaming of warmer places to winter over (I hear you, Olivia!). In her spare time, she runs a blog where she interviews other authors. 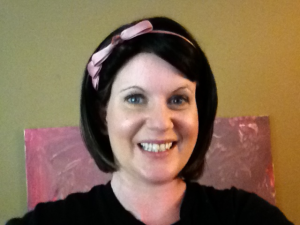 Q: How did you come up with the idea for Mistfall?

A: I wrote down ideas until the right ones clicked together.

Q: Mistfall is part of a series. Can you talk about the advantages and challenges of writing a series?

A: The great thing about writing a series is that you have time to develop the characters fully. In a one-off book, I tend to be left wanting to know more. In a series, I get to know a character fully.

Q:: Who do you see reading Mistfall? Do you have an intended audience, a so-called “perfect” reader?

A: I wrote this book in mind for a wide range of readers. Mags, the main character, is young enough to be relatable to as far as the under 30 crowd is concerned, but old enough for the over 30 crowd to see themselves in the characters. 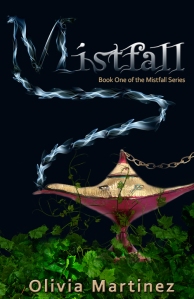 Q: Have you always wanted to be a writer and, if so, when did this knowledge hit?

A: No, I didn’t. I ran through a really, really awful string of books and thought, “Hey, I can do better than that.” Writing a book didn’t turn out to be as easy as it sounds. Though, after finishing the first book, writing the second book is quite a bit more flowing.

A: I don’t have one. For book one, I would write a chapter, type a chapter. For book two, I’m writing everything first, then typing. I can’t outline because the story changes so much in-between outlining and writing.

Q: What do you do when you’re not writing?

A: I paint, sew, read, and scour the internet for interesting articles to read.

Q: What are you reading now?

A: I’m not reading right now. If I get into a book series, my own writing tends to be neglected. No more books for me until book two is done!

Q: What’s up next in your writing life?

A: I’m in the middle of writing Burn book two of the Mistfall series). The book picks up where the first left off. So far, Mags is skirting the edge of sanity, so the book is narrated by Hailz, John, and Luca instead of Mags.

Thanks for stopping in today, Olivia. And good luck with book two.

Read out more about Mistfall here: